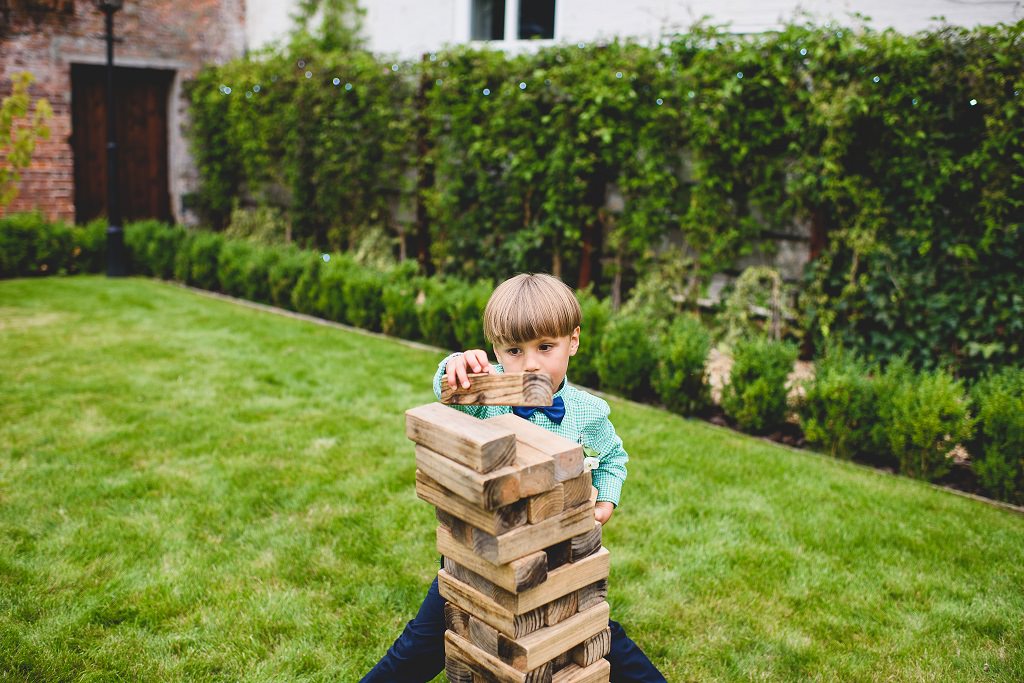 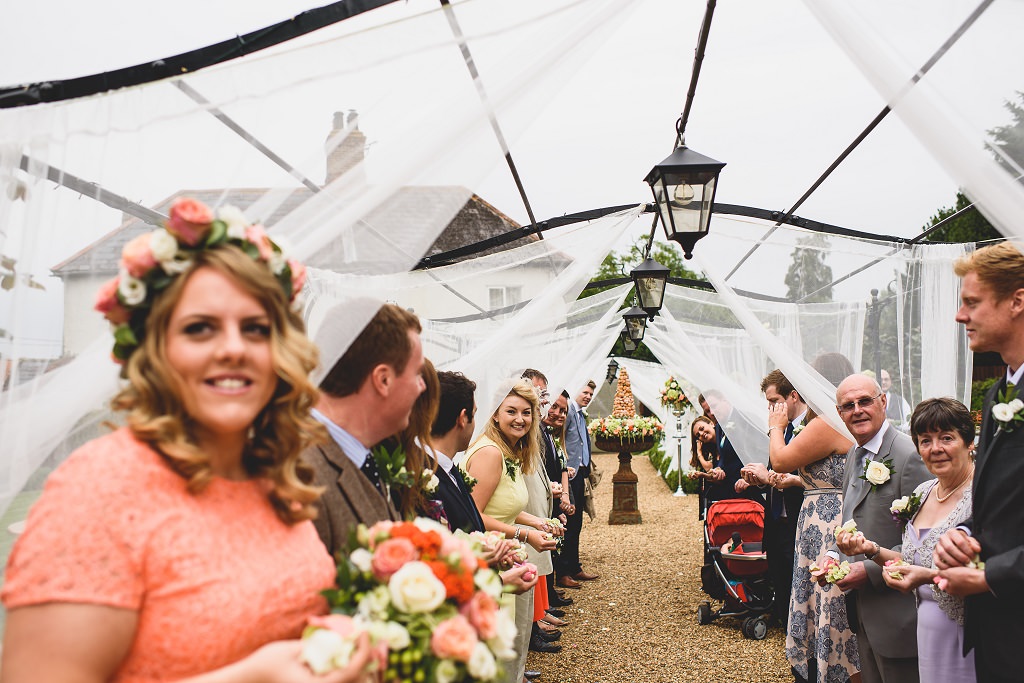 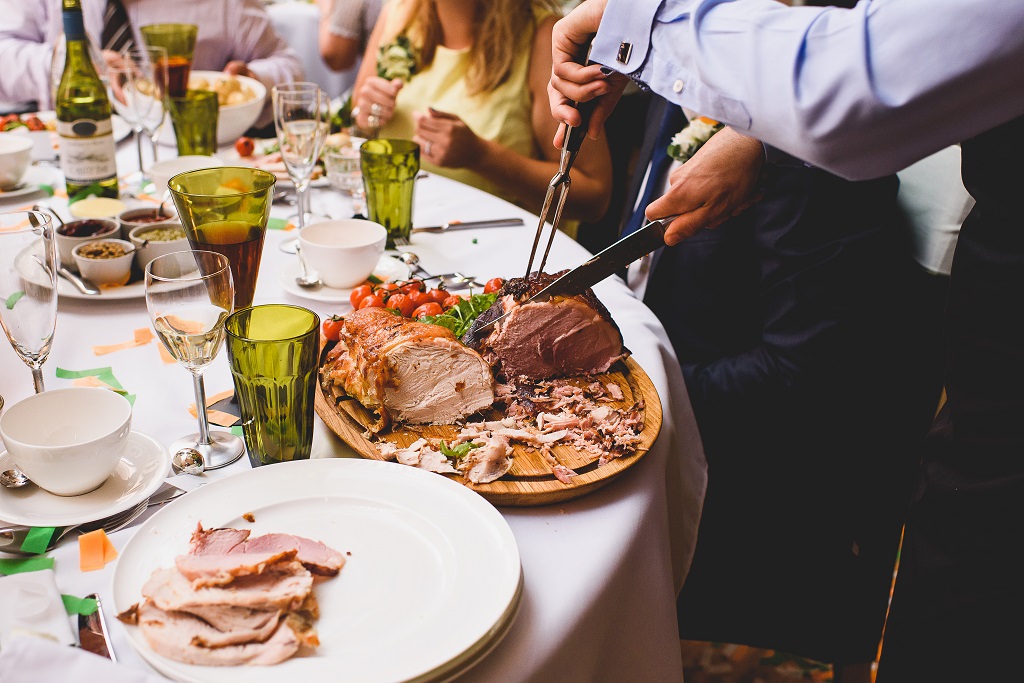 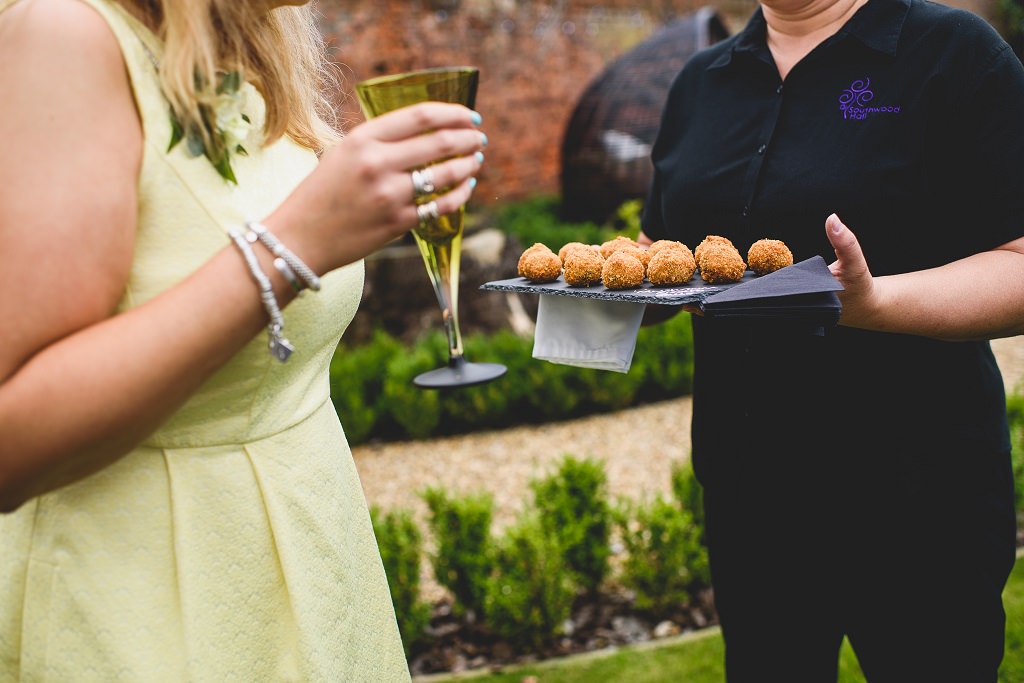 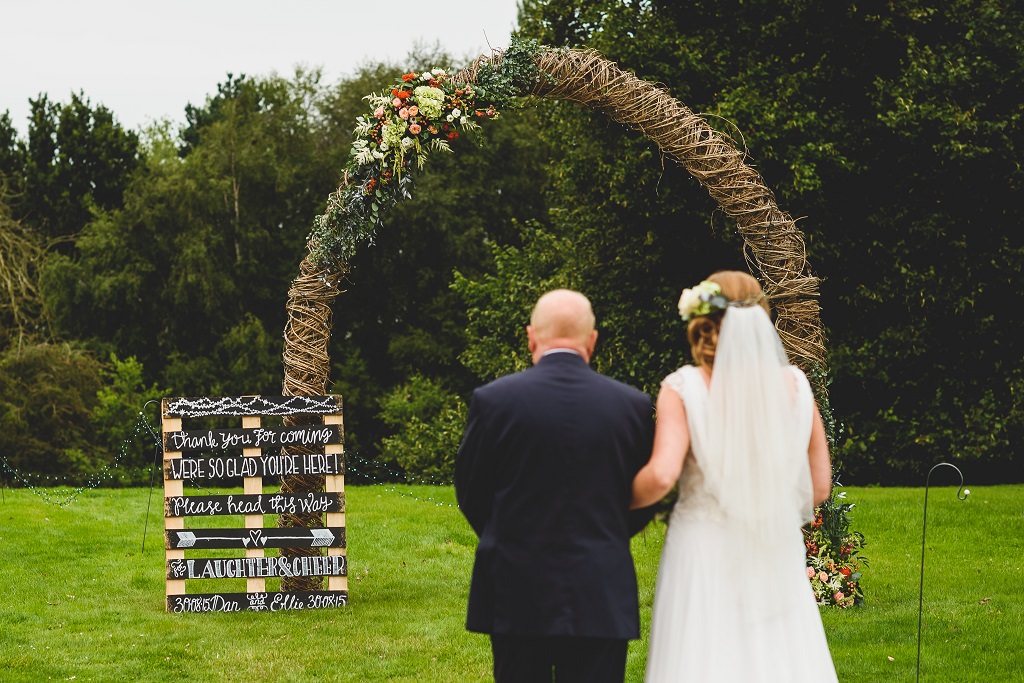 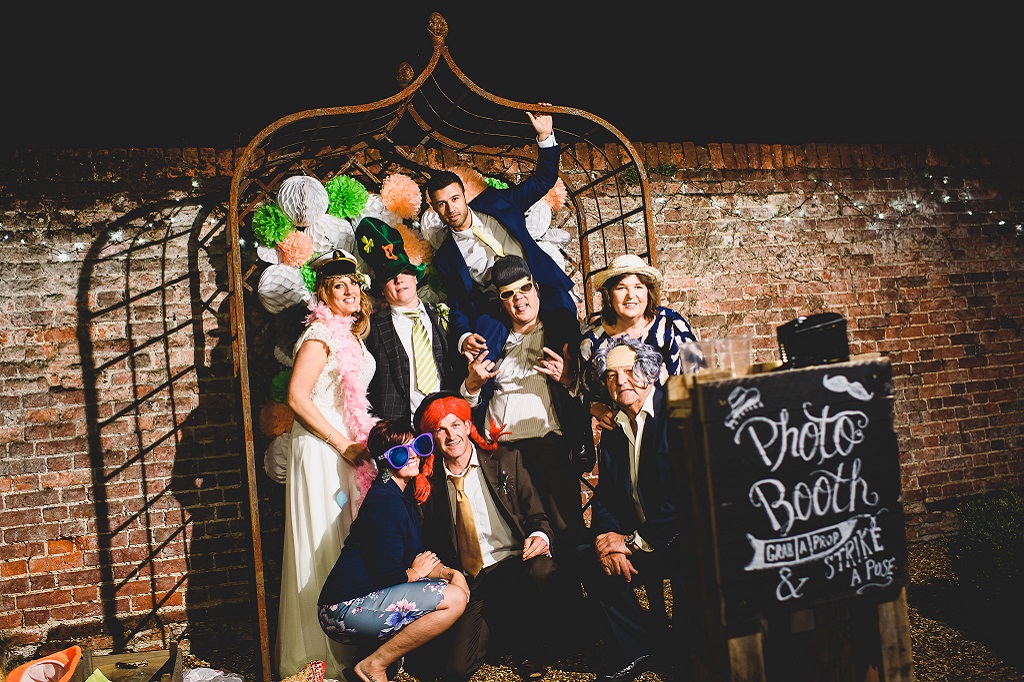 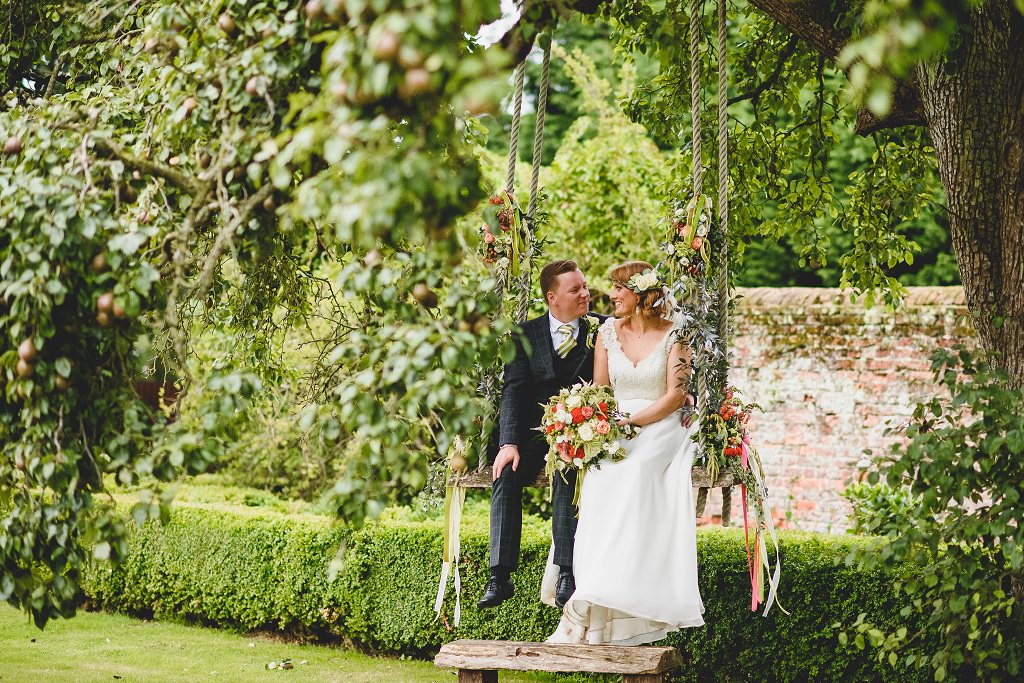 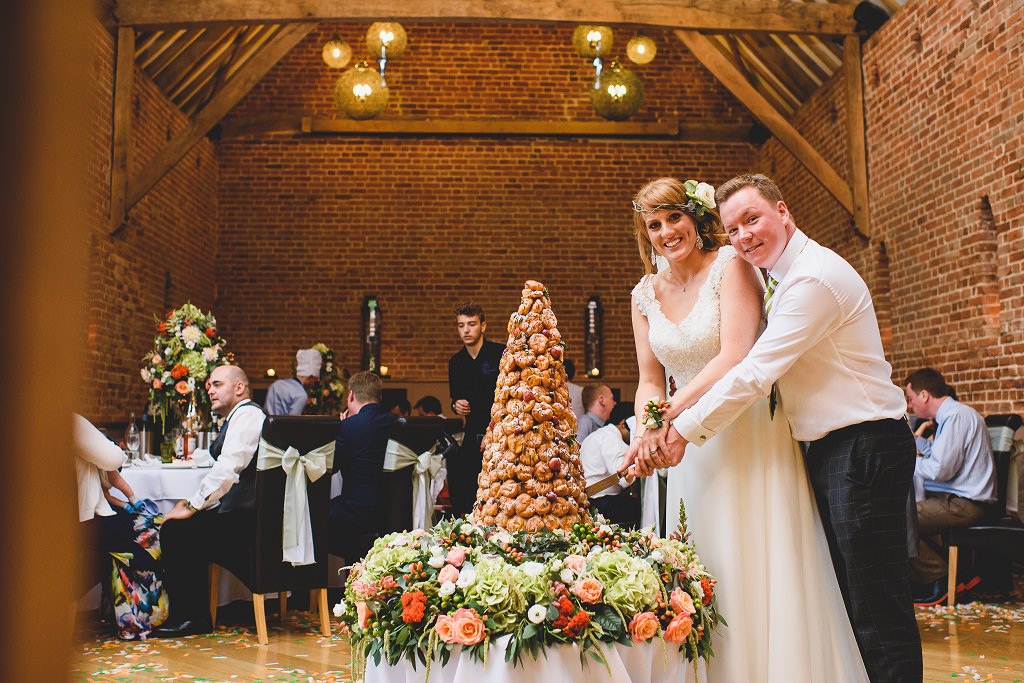 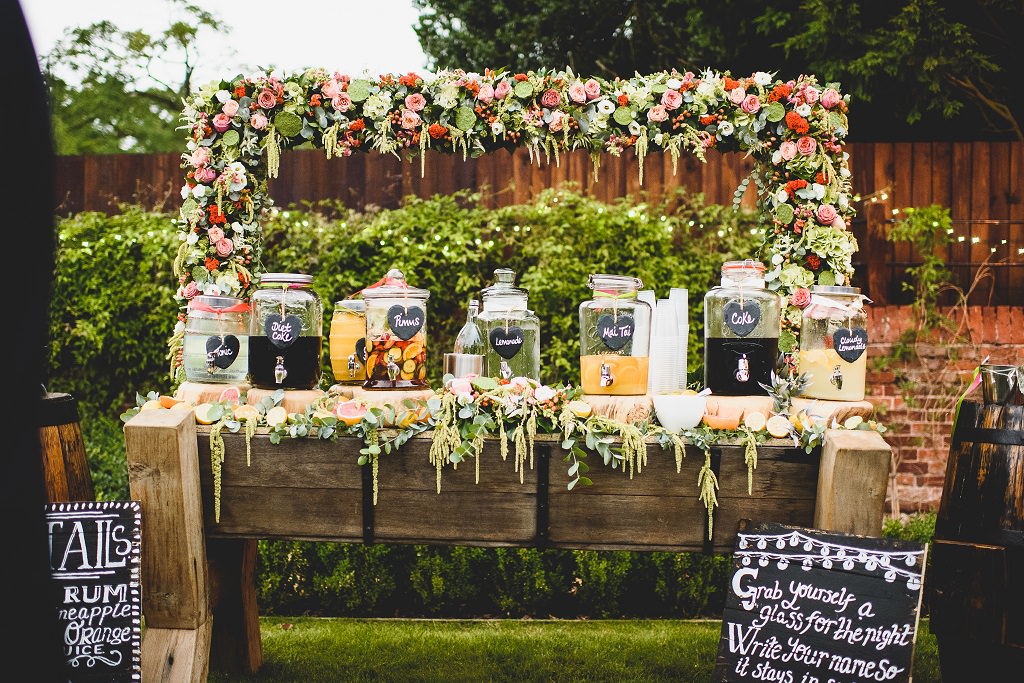 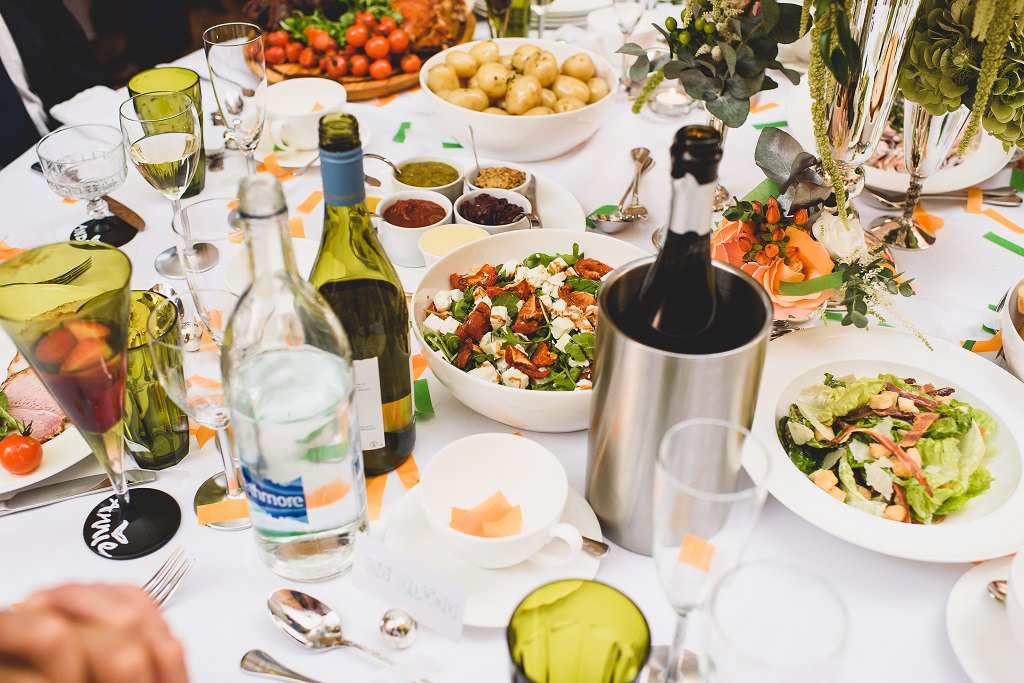 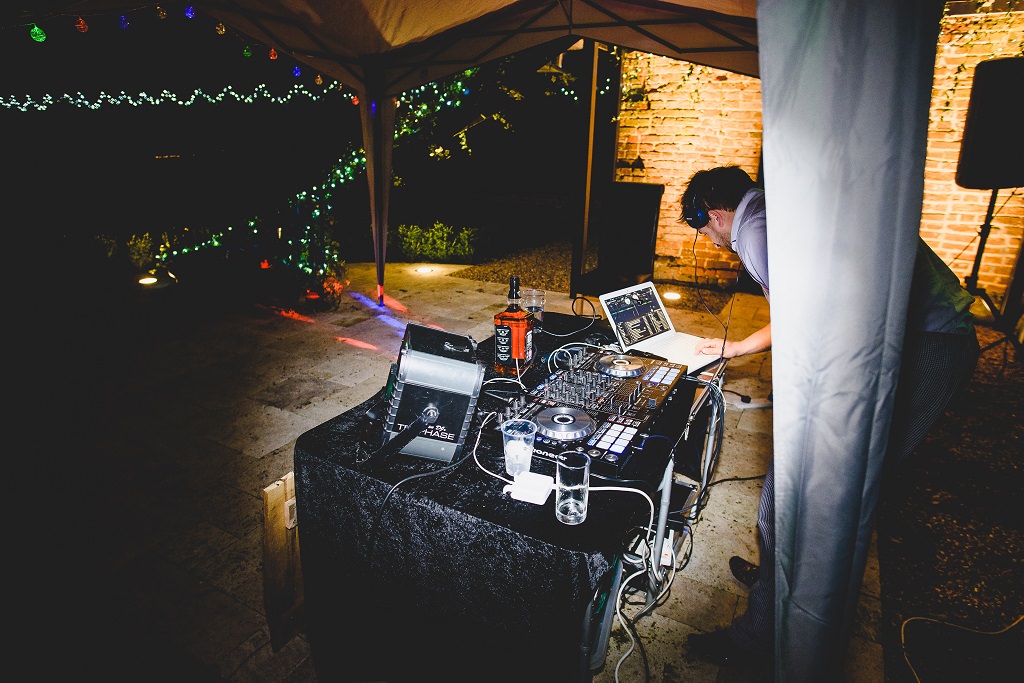 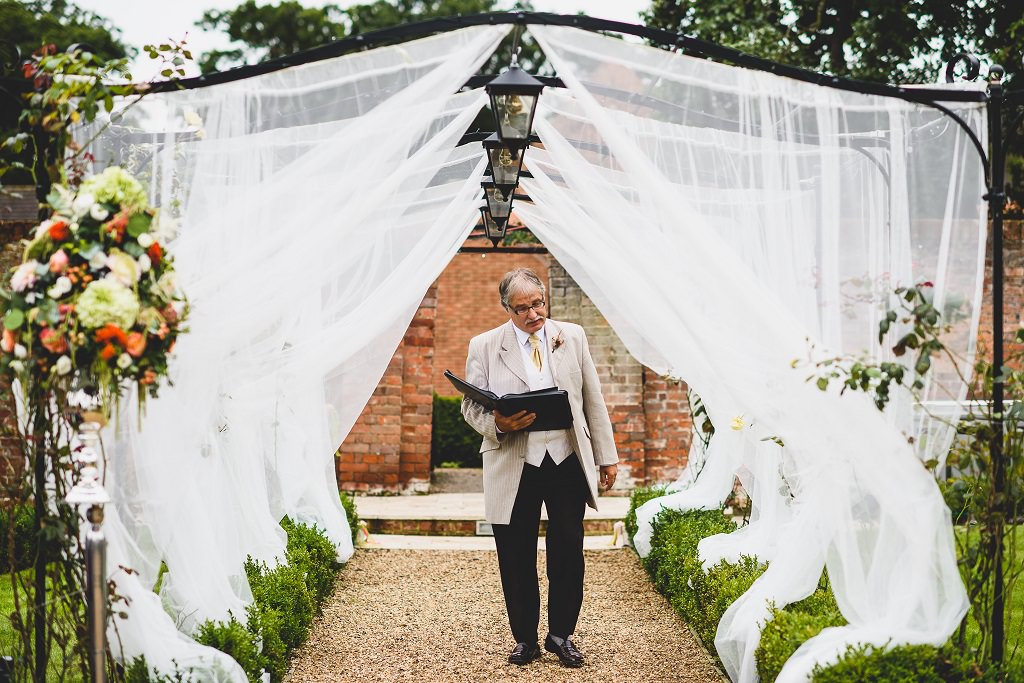 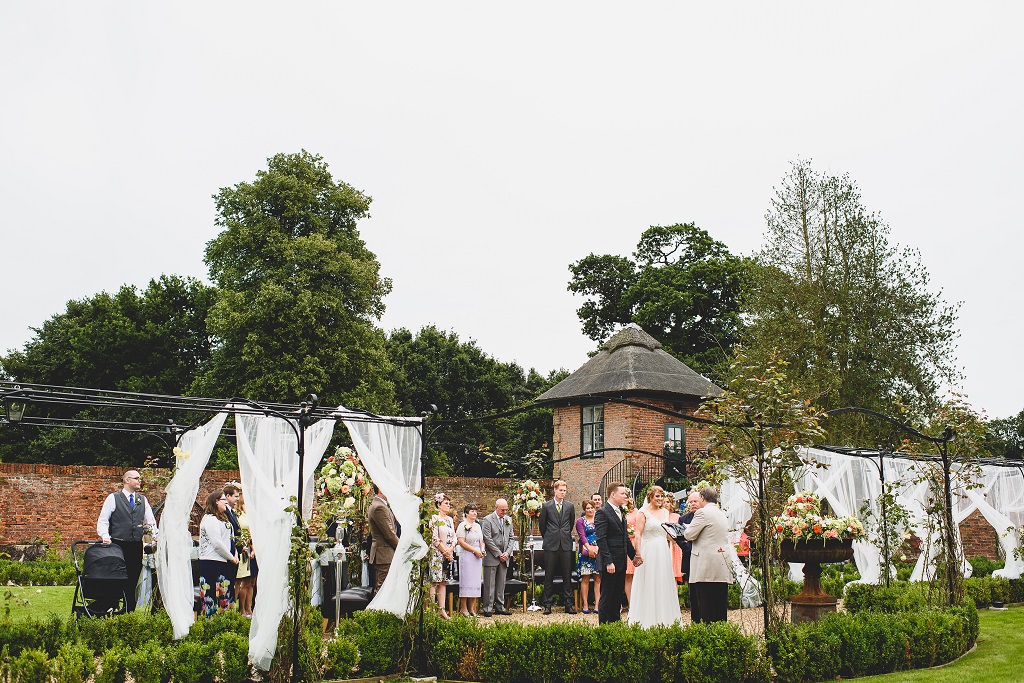 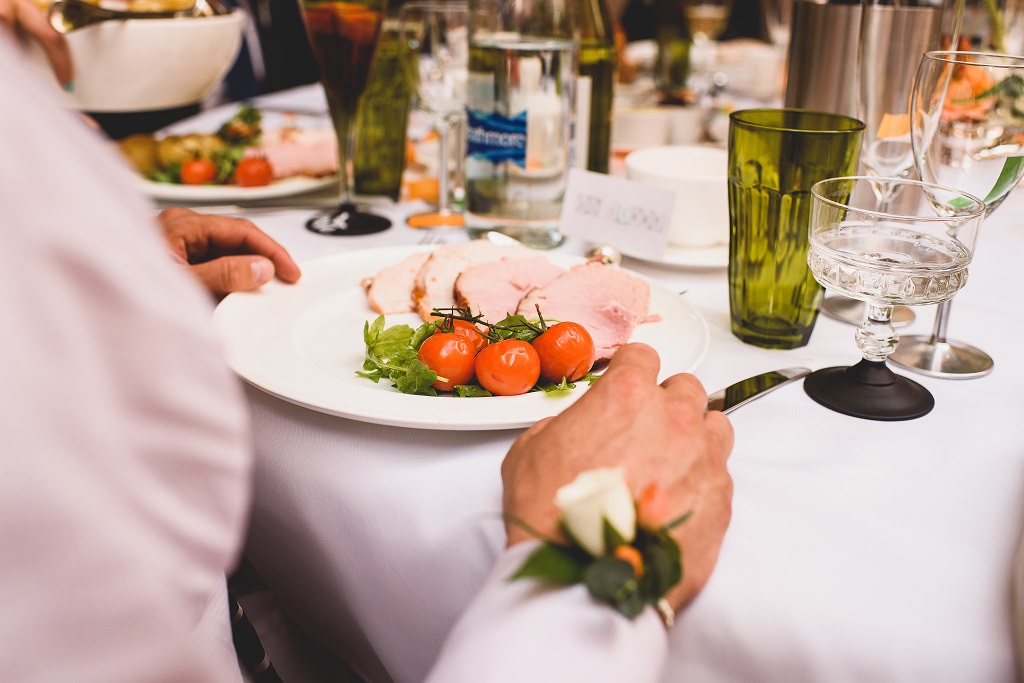 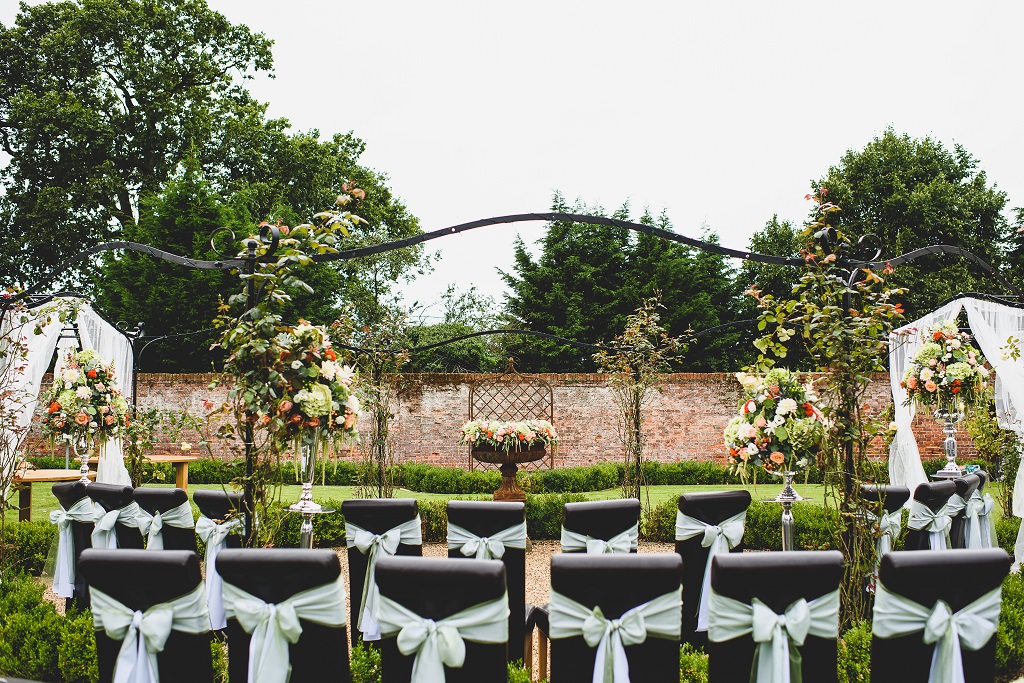 Ellie and Dan wanted something unique – traditional but different, formal but relaxed – something special‎! Ellie has coordinated hundreds of weddings in her career so this had to be memorable!

Thinking caps on, challenge accepted – our grounds team and the KWF florists and stylists set about transforming the Garden Folly and its secret garden to the perfect ceremony space – a first for us and Ellie‎.  This is the day that they said “I Do” in the perfect duo ceremony.

With preparations well under way in the Cartshed Lodge Dan and their guests gathered in the garden where the aisle was styled with drapes, pedestals oozed with stunningly ‎extravagant floral arrangements and the seats were complimented with sashes in the perfect shade.

Ellie arrived escorted by her proud father and gorgeous bridesmaids and made her way to the patiently waiting Dan for an emotional ceremony.

Once the vows were exchanged and the promises made the bridal party retreated to the barn to sign the register while guests were primed with confetti ready for their return. A perfect tunnel was formed with lots of petals thrown – an amazing ceremony completed.

Making the most of the garden setting canapes and a Kilner cocktail bar were offered along with garden games with acoustic music from Lawrence Brooks.

A slight change in the clouds marked time to head back to the barn‎ for a feast of table carved gammon and salads. In another first guests competed in a dessert roulette with one guest from each table called for a rock, paper, scissors battle with the winner claiming first choice for their table! Pressure was on to make the right choice but with Pavlova, chocolate torte, cheesecake or lemon tart there really wasn’t a losing table!

Our chefs had received their own challenge – a delicious croquembouche ‎3ft tall cake! Decorated by KWF for maximum effect it tasted as good as it looked!

Unexpected speeches were made after dinner before everyone headed back outside where the relaxed (but slightly competitive ;)) vibe continued with racing over the inflatable obstacle course. Partying to the house DJ in the garden concluded a special August Sunday.